Home Analysis It takes 11 months for Netflix to achieve payback on each new...
Share on

Netflix’s cost of adding new subscribers in the U.S. has rocketed in recent years, reaching $100 per net new subscriber, according to figures from Ampere Analysis, a leading research/analyst firm covering the entertainment sector. The cost of acquiring each new U.S. subscriber was stable at around $60 between 2013-2015, Ampere Analysis notes.

Ampere Analysis believes that if international markets follow the same trajectory as the U.S., with increasing levels of marketing required to drive a steady rate of new customers, subscriber acquisition costs could rise to around one-fifth of Netflix’s total costs. Meanwhile, the analyst firm estimates that Netflix churn is running at 20% annually (you can see their methodology below).

Richard Broughton, Research Director at Ampere Analysis, says: “With declining domestic growth rates and spiralling acquisition costs, Netflix faces a very real set of challenges if it is to continue to command such a strong position. Our research shows that while Netflix can continue to enjoy relatively low acquisition costs for international subscribers and a buoyant market keen to embrace SVoD, it cannot afford to take its eye off the ball in the domestic market, even momentarily. Its ability to grow ARPU will be critically important to manage long-term growth – domestically and abroad.”

The cost of acquiring customers is mirrored (and to some extent driven driven) by the cost of marketing. Netflix’s U.S. marketing spend has risen significantly, both in absolute and relative terms, Ampere Analysis has found. In 2014-2015 Netflix spent $0.3bn per year on marketing compared to $0.4bn in 2016 and $0.6bn in 2017.

Domestic (U.S.) subscriber additions are beginning to slow as Netflix saturates its home market. This means that each marketing dollar corresponds to an ever-decreasing number of new subscribers, Ampere observes.

The lower acquisition costs for international subscribers means these homes cover their marketing costs within four months for Netflix.

Returning to churn rates, Netflix does not publish these, but Ampere’s research indicates that between 20%-25% of U.S. Netflix subscribers have a high intention of churning in a six-month period. “Benchmarks for other companies show that roughly half of consumers follow through, indicating an annual churn rate of 20%,” the analyst firm explains.

It is hard to benchmark these churn rates against other SVOD providers, Ampere Analysis admits, as Netflix provides an unusual amount of detail to work from. But Broughton reveals: “From our consumer polling, Netflix customers have a churn intention that is roughly in line with the average SVOD player – slightly worse than some of the local Scandinavian services but better than many of the other international or local SVOD offers.”

In the Pay TV market, by comparison, the most successful operators with very satisfied customer bases have churn rates of between 8%-12% annually. Companies with 12%-18% are in the mid-range, and anything above this would typically be a reason for concern in Pay TV.

The SVOD and Pay TV markets are totally different, of course. As Broughton points out, one-month rolling contracts mean that there are fewer barriers to churning and re-subscribing with SVOD, which will naturally raise the churn rate for these services. The lower cost of subscriber acquisition in SVOD, compared to Pay TV, means you can afford more churn, anyway.

“While we are highlighting the rising Netflix subscriber acquisition costs as a possible reason for concern, the lack of [set-top] box fees or engineer installs means the absolute costs per SVOD customer are much lower than those of Pay TV counterparts,” Broughton adds.

Ampere Analysis has strong insights on Netflix and the wider OTT market, and among other things has been tracking content investments and the make-up of content (by genre) on major streaming services. Its latest research has focused on marketing investment. “Netflix will need to manage its domestic marketing budget carefully to tackle churn and drive additions,” it concludes.

DAZN looks to integrate interactive formats in the future

The case for bothism: ending the false choice between short-term and long-term marketing tactics 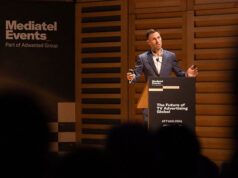 The future of SVOD is partly ad-funded

The future of Total TV: how we deliver cross-platform audiences at...