The multi-screen TV market is maturing and Anders Blauenfeldt, Senior VP Development at YouSee, says the customer experience is becoming more important as a result. In particular, he believes the log-in process should now be included alongside device choice and streaming quality as one of the most important factors to consider if you want a multi-screen service to succeed. â€œAs this space matures, we are tapping into a customer segment that is very sensitive towards hassle,â€ he points out. â€œWe are beyond the techies and early adopters and targeting the mass market so you cannot have any process that is cumbersome.â€

Last year the Danish cable operator extended its TV Everywhere service beyond the PC with the introduction of apps for the Apple iPhone and iPad and Android smartphones. These give access to all the linear channels you can get through the set-top box, plus some VOD. The app automatically detects, based on the IP connection, what channels the customer subscribes to so there is no need for customer log-ins, and users can access content immediately. The company also removed the log-in from the PC-based service. â€œWhen it comes to deploying this type of service, the devil is in the detail,â€ Blauenfeldt advises. â€œThis is something that is easily ignored but the customer log-in is probably one of the five most important aspects of this service.â€

The once-only log-in has resulted in very positive customer feedback for the YouSee TV Everywhere service. â€œIt is one of the factors helping usage rates. It is a hassle-free experience,â€ he declares.

Until now the TVE app for the smartphones and tablet have been limited to in-home use over Wi-Fi but later this year customers will be able to access the service via mobile networks. The Apple iPad accounts for a disproportionate amount of the consumption, with a similar number of streams going to these devices as to the Apple iPhone, despite the fact that iPhone penetration in Denmark massively exceeds the iPad. Blauenfeldt draws the same conclusion other operators have: â€œThe iPad is a wonderful extra television in the home.â€

Streaming for the TV Everywhere service as a whole is now split equally between the PC and the smartphone/tablet devices. This is despite the fact that the PC service has been around for years and the mobile/portable offer arrived in 2011.

Blauenfeldt is convinced that even when the TV Everywhere app can be used on mobile networks, the bulk of the usage will be at home. â€œThere is no doubt in our minds that consumers look upon this as a way to have more TV screens. We have planned on this basis since the start, when we said the PC was another television. We have reached the stage where, if you already have two TVs in the home today and you want another for the kitchen or a childrenâ€™s room, it does not make sense to buy another television set. People are relying on a PC or an iPad or another IP device instead.â€

Highlighting the delivery challenge many operators now face, Blauenfeldt adds: â€œWe have gone from a world ten years ago when we had all our TV channels in one analogue format. Now we have analogue, SD, HD and five different IP formats and bit rates. That creates a lot of work in our backend.â€

As this is a TV Everywhere service, the content via the PC, smartphones and tablet is only available to existing YouSee customers, tied to their television and broadband subscription. As you can read elsewhere, YouSee is turning its attention this year towards the wider opportunity to target non-customer homes using OTT. This offnet strategy is focused on VOD to the main television screen using connected TV devices.

The company is also getting its brand in front of non-customers thanks to its smartphone/tablet TV Everywhere apps. While the content streaming is only available to YouSee subscribers, anyone can download the app and use the programme guide and that guide is proving popular (there is currently no channel change implementation for TVE customers so this is wholly focused on content navigation).

Second screen programme guides give people the chance to browse and plan their TV viewing anywhere, at any time of the day. But YouSee has found that the peak guide usage is between 8pm and 9pm, suggesting that its primary benefit is as a replacement or complement to the television EPG when people are watching TV. 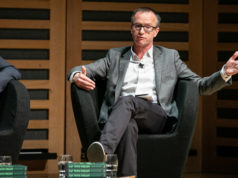 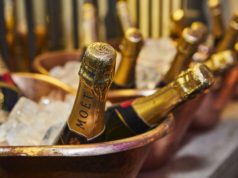 UKTV focused on originals and AVOD refresh – and broadcaster is...

More effective TV advertising: the ‘how to’ conference you should not...

Revolutionary streaming distribution technology is pitched as a CDN replacement

How the remote control can take a more central role in...