The days of the one-size-fits-all television user interface (UI) could be numbered. There is growing support for the idea that platform operators should provide different versions of a UI for different types of consumers – acknowledging the fact that within a typical subscriber or viewing population you have to cater for all age groups, all levels of tech-awareness, and increasingly diverse attitudes about how to find and interact with content.

One person who thinks greater segmentation of the UI experience is desirable and realistic is Michael Lantz, CEO at Accedo, a market leader when it comes to UI/UEX development, apps development and apps lifecycle management. He thinks the UI presentation should reflect who is watching the television, what their previous viewing behaviour says about them and the time of day and week that they are watching. For him, the vision is not just offering different static user interface views to different people, but having a UI that adapts dynamically for each of those people, too.

Lantz highlights three simple decision points that could determine the UI someone sees. Are they heavy or light users of the service and advanced features like social interactivity? Are they adults or children? Is it a weekday or the weekend? The answers do not affect the content that is presented to you but they determine the way the user interface appears, so which services are put front-and-centre and which features are relegated down the UI menu. Lantz notes that an adaptive UI (or UX/UEX – User Experience) does not require that you remove any functionality. It requires that you change the emphasis given to different functions.

We must not over-state what difference it could have on a service. As Lantz points out: “You cannot suggest that people will walk away from a service today because it has a weird UX but a dynamic UX is an excellent way to improve customer satisfaction. It is something we are discussing with many customers – not adding more features to the UI but presenting them in a better way.”

Lantz views the dynamic UX as a way to gain competitive advantage for a service provider. If they can adopt a ‘learn-and-adapt’ model to the UX and implement it well, it will differentiate them in the current marketplace, he thinks. This concept is not realistic on one-way networks so would rely on connected set-top boxes for a managed service to television sets, so you can profile users in the back office and cross-reference those profiles against ‘business rules’ for how the UI behaves.

Accedo is well qualified to pursue this opportunity. Its Accedo VIA GO solution – a ready-to-deploy set of Android, iOS, Apple TV and Web applications – is designed for fast multiscreen launches and is essentially one application that is endlessly configurable, giving the company plenty of experience in establishing feature combinations that can be turned on or off. Accedo AppGrid is an application management solution that combines CMS, analytics, configuration and A/B testing to reduce the costs of apps and UI innovation. At IBC last year Accedo introduced its navAgility solution, a TV UX platform for managed video services.

Lantz says: “There is an opportunity to segment users based on behaviour and the easiest way to imagine this is to define heavy and frequent users of a service and infrequent light users. It is pretty clear that the heavy users might expect all the functions and features. For the light users you can hide parts of the UI, the non-essential elements that make the service feel cluttered to this user group. It could be social elements or the IMDB ratings, for example. Heavy users might find these extremely valuable.” Consumers will still be able to determine what they see from the ‘settings’ menu if they want to change the configuration given to them.

The magic, according to Lantz, is deciding which user category someone belongs to. That requires analysis, which could be as simple as counting the number of times someone uses different features and services. The platform operator has to determine where to draw the threshold, of course. You also have to design the UI, in terms of its graphics, with different versions so it can present itself with and without certain features, re-using as much of the core design as possible.

Lantz introduces the concept of ‘just-in-time’ UX features – which adds another dimension to what each of us would see. “Not all features are important for all consumers at all times,” he argues. So different users see different features and these might also change according to the time of day or the day of the week.  Movies could be given more prominence at the weekend. There could even be a Friday night section of the UI aimed at adults.

“One consumer may be interested in a feature at one time; other people want that feature at different times. You map consumer needs to understand how the UX should work for them,” Lantz explains. “We want the adaptive intelligence to meet the needs of a consumer at that precise time. It will be right to remove some features from view for certain target groups and at certain times.” 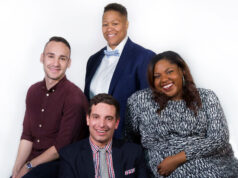 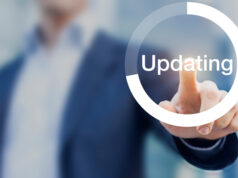 Pay TV at an inflection point: the need for unification and a new cost base 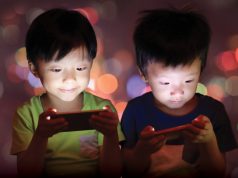