We have been talking about all-IP video on cable for well over a decade but it appears that some operators are now approaching the final few miles in this marathon migration. According to some leading vendors, we could be as little as three years from full IP video over some HFC cable networks, which means that all the ‘broadcast’ linear channels will be delivered over IP as well as niche linear channels and all on-demand content (including catch-up and network DVR). This also puts us on the road to a world of adaptive bit rate video, as this will be the favoured approach to delivering the IP video packets.

At ANGA COM in Germany earlier this month the dominant theme was Gigabit speed broadband, and the push to Gigabit capacity access and home networks is closely related to increasing consumption of video, and the anticipation of higher bandwidth video in future. It is clear that the arrival of the Gigabit era is going to coincide with the final push towards all-IP cable video.

We already have hybrid cable set-top boxes of course, ingesting DVB-C video streams and streaming IP video in adaptive bit rate (ABR). As Cornel Ciocirlan, CTO for EMEA at ARRIS, points out, larger cable operators are already moving their VOD services to IP and he expects this trend to become widespread, making on-demand the first services to go all-IP on cable. As their next steps, some operators are looking to put live broadcast channels over IP (albeit with simulcasting where necessary) and deliver them to exclusively IP set-top boxes.

“I would say the starting point will be the long-tail channels. The most popular 20-30 channels would continue to be sent over DVB-C and the rest will be moved into an IP tier,” Ciocirlan explains. “But eventually we are talking about everything over IP, probably during the next 3-5 years.”

Yves Padrines, VP, Global Service Provider EMEAR for Cisco says the cable industry is ready for all-IP in terms of the technology, including the bandwidth capacity, with the eventual timing dependent on investment decisions and local regulations. He notes the widespread use of IP video for multiscreen viewing already, including for cloud DVR, and predicts that in Europe we could see trials for all-IP video, using adaptive bit rate streaming, within 18 months.

The move to IP video in cable also means a move to ABR streaming. For on-demand content, that means unicast ABR streaming. Linear channels will probably require some multicasting, at least for a while.

According to Padrines: “Multicast will be a stepping stone. We will reach the point where unicast ABR streaming is enough, when you can cope with the concurrency [created by lots of people requesting the same stream at the same time].”

David Whitehead, Senior Director, Sales Engineering and Solution Architecture for EMEA at Harmonic, also points out that IP video and streaming is nothing new to the cable industry, thanks to multiscreen video. The big change will be when this delivery model is applied to set-top boxes as a replacement for traditional RF-QAM delivered content. That will mean the highest of the ABR bit rate options being used as the ‘broadcast’ stream to the STB. “Lots of operators are looking at this approach today,” he confirms.

Multicast ABR streaming is realistic. Broadpeak, which provides an operator CDN solution, pioneered this concept for multiscreen TV with its nanoCDN offering, embedding software into home gateways so that requests made by end-devices like tablets for a unicast video stream are intercepted and turned into a multicast request. Television channels can be made available as multicasts on the network, and these streams are therefore directed to the home gateway device, which then converts them into a unicast for delivery into the end device.

ARRIS takes a very similar approach with its Multicast Assisted ABR Architecture. This product, which was demonstrated at ANGA COM this month, means you can deliver one live stream over the network and so avoid hundreds of thousands of concurrent unicast requests. As with nanoCDN, this approach needs software within the customer premise, like on a home gateway. Deployed gateways with sufficient performance can be upgraded in the field.

During its ANGA COM demonstrations, ARRIS showed the network bandwidth demands created by multiple unicast requests for a linear channel, and how the bandwidth allocation can effectively be capped once you switch to multicasting. Ciocirlan says the migration to CCAP converged cable edge devices provides the capacity to handle the multicast ‘transactions’ needed in a full-IP or all-IP cable video service.

DOCSIS 3.1 will certainly be enough to cope with all-IP video on cable networks, according to ARRIS. Besides CCAP and the emergence of multicast ABR streaming, another factor that will ease the migration to all-IP video is the natural growth of time-shifted viewing of what was initially linear programming. This means that concurrency rates will be lower than they would once have been, even if linear TV did have to rely on unicast streaming. 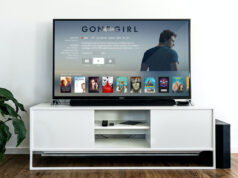 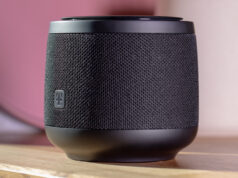