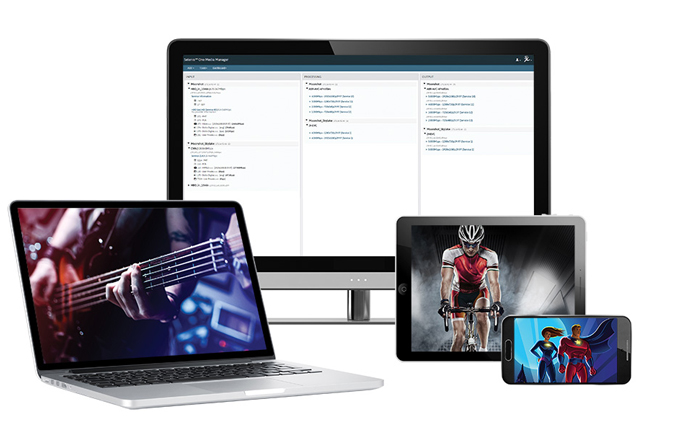 ‘Revolutionary’ is the word Steve Reynolds, CTO at Imagine Communications, is using to describe what is effectively a multiscreen-to-broadcast gateway that enables platform operators to unify their core infrastructure for video around HTTP delivery, using chunked video with manifest files that are then either made available from the edge of the network as adaptive bit rate (ABR) streams for multiscreen devices or converted into standard (non-chunked) MPEG Transport Streams for delivery to broadcast set-top boxes. This approach means the same video streams at the core can be used to feed a tablet, laptop, Smart TV, IP set-top box, satellite STB or cable STB (the latter taking RF signals over a QAM network).

Imagine Communications will be highlighting its unified delivery architecture again at NAB this month. It is probably the best example yet of how video delivery could converge around a multiscreen model, with broadcast treated as the ‘legacy’ edge conversion. Key benefits for operators include reduced CapEx and OpEx and the potential for increased agility, partly because it breaks down vertical siloes that until now have been sucking energy from operators (each requiring their own hardware, workflow and operations teams).

This approach also means you can introduce ad replacement to content that is being served to traditional set-top boxes using multiscreen technologies. Manifest manipulation and server-side dynamic ad insertion ensure a chunked video stream containing new ads can be converted into an MPEG Transport Stream at the edge.

Reynolds admits that many operators need time to get their heads around this unified distribution model, but one of the world’s largest cable operators, in North America, is already using it to run live services in several cities, harnessing the Selenio VDE (Video Delivery Edge) gateway that forms the heart of the Imagine Communications solution. Other operators are deployed on that side of the Atlantic. Some European TV providers are testing this new distribution architecture in their laboratories, using VDE, and there is lots of interest here, according to Reynolds. “This started out as a cable play but there is now interest from satellite operators, too,” he reveals, talking about the industry globally.

With this unified infrastructure approach, operators (and broadcasters) create multiple bit rate versions of a video stream and these are chunked and assigned manifest files. It is like ABR but nobody is switching between the different bit rate versions according to network conditions, since this is a core network and the bandwidth is managed and guaranteed.

HLS and MPEG-DASH streams can be used in the network core, with the streams already packaged into these formats prior to core distribution. The packaging can be performed by Imagine’s Telurio packager or a third-party solution.

One or more of these video streams can be ingested by the VDE and passed through to the legacy set-top boxes. This could be a 4Mbps chunked stream, for example. The VDE will select from the bit stream options (on the core network) based on whether it needs to supply SD or HD, or another resolution, to the set-top box. And if it needs to create a variable bit rate statistical multiplex for final distribution the gateway could make use of all the different bit rate options.

This means the output from the edge gateway to a legacy ‘broadcast’ set-top box looks the same as it ever did. Multiple VDEs can be used to recreate an entire channel line-up for broadcast delivery from the core chunked video streams. For a cable network, the VDE hands the channels over to an edge-QAM or, more often in the U.S., to a CCAP device.

As the various bit rate streams on the core are already packaged (as HLS or MPEG-DASH), the VDE unpackages them for use on broadcast STBs (it consumes both the video fragments and the manifest and uses both to regenerate the Transport Stream). The VDE does not touch content that will be delivered to an IP endpoint like a tablet or Smart TV. In effect, streams destined for multiscreen viewing are simply passed through at the edge.

Multiscreen devices could request the same 4Mbps stream that a traditional STB might use, but for them the stream is forwarded as video fragments with packaging. (Obviously these streams are not regenerated into a traditional MPEG Transport Stream). Multiscreen devices will be able to switch dynamically between the  different bit rate profiles they request from the edge, as with all ABR streaming.

A simple way to think about this is that the VDE is an endpoint itself – but one that then creates a different kind of video stream for the ‘legacy’ broadcast world. VDE can interface with the DRM system to support ‘input decryption’. The output of the VDE can be delivered to a legacy CAS encryptor to provide compatibility with set-top boxes.

This unified delivery model can also be used by broadcasters, who are faced with a growing number of platforms they have to deliver content to. The elimination of siloes is the key driver for this new approach. “We have some customers who are operating five independent platforms that are all vertically separated with different technology stacks and different monitoring systems and different operational groups,” Reynolds reveals. “That is not scalable; it is probably not even sustainable.”

Operators and broadcasters want to rationalise their operations. Reynolds points out that the legacy broadcast systems still account for most of the viewing, so it might be tempting to think that this should be the default platform, with manifest-based delivery as the add-on. But that ignores the power of the modern multiscreen distribution technologies. “Why not leverage all that power on your core video infrastructure and then, at the edge, do the adaptation back to what a DVB platform like satellite needs.

“We spent lots of time working on this and decided that the focus should be on doing ‘digital first’, harnessing the advances built into HLS and MPEG-DASH. Then you can concentrate energy and resources onto one approach. The idea of moving the core of the network to manifest delivery is a pretty big change in direction. I don’t attach the word ‘revolutionary’ to many things, but this is. Often customers have not thought about this option and one of the reasons we wanted big customers first was to give the market proof points.”

Reynolds emphasises the benefits of this unified approach when it comes to advertising. He points to how complicated it is to insert ads into an MPEG Transport Stream in real-time using ad markers that flag where the advertising opportunities are. With this alternative model, the origin server knows that some of the video it has been requested to play is an advertisement and can make a decision to substitute it (using server-side DAI). The different video fragments are listed in the manifest. “The complexity is orders of magnitude less complex than real-time replacement using SCTE standards,” he claims.

The same technique used for ad replacement can be used for regional or programme black-outs, which could be applied to a sports match in specified geographies (content can be localized down to city and postcode areas).

Selenio VDE is a software solution that can be run on common off the shelf (COTS) hardware which could be deployed as an appliance or in a data centre on-premise, or possibly in the cloud. Although this unified core architecture is viewed as an enabler for migrating to an IP-based and data centre operations environment, it does not rely on this.

The serious benefits to an operator are seen when you use this model at scale but it can be applied to a single channel if you wanted, more likely for a single multiplex of channels if an operator needs a technology proof-of-concept. At greater scale, the OpEx and CapEx savings, and the greater freedom for innovation, make this model a no-brainer, Steve Reynolds believes.

The benefits of a unified headend, and how you implement one

Collaboration is key to making cars the ‘second living room’ 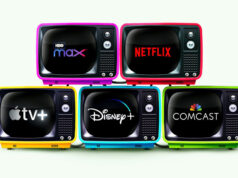 HBO Max subscribers are the most satisfied out of all major SVODs, survey finds 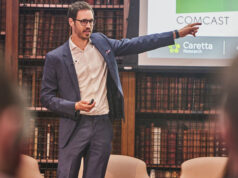