ITV says its deal with Sorenson Media to enable linear broadcast addressable advertising is the first step on the road towards enabling broadcast addressable in all UK homes. The smart TV-based dynamic ad insertion technology, which will be used for a pilot starting in Q2 next year, works on selected smart TVs and should become available on a range of brands in due course (conversations are ongoing).

The technology, which streams IP advertisements to the connected television sets, where they are dynamically inserted into the broadcast signal that is arriving from terrestrial, satellite, cable or traditional IPTV sources, is being applied to the entire family of ITV linear channels.

This announcement is significant for lots of reasons, but should not be viewed as an effort to avoid using Sky’s AdSmart. If you were to rely entirely on the use of connected smart TVs for addressable advertising, it would take a long time to penetrate every home. ITV views the Sorenson Media deal as one piece of the jigsaw that it will need to complete.

A spokesperson at ITV Media points out: “We are working towards a world of addressable functionality across all TV, not a world of addressability confined to one single technology or universe. This may well require several technical solutions which work together.”

One of the most notable parts of the ITV approach with Sorenson Media is that it is platform-agnostic, because the technology relies on the television set. Although the initial scale is limited by the reliance on smart TV penetration, ITV can serve targeted broadcast ads into Freeview and Freeview Play homes (free-to-air digital terrestrial) YouView homes (digital terrestrial/IPTV), Freesat and Freetime homes (free-to-air digital satellite) and Sky and Virgin Media homes (satellite and cable respectively).

This also raises the intriguing possibility that, assuming ITV does do a deal with Sky to AdSmart-enable ITV channels, there will be some homes where there is more than one way to deliver the addressable broadcast ads (Sky AdSmart homes using Samsung smart TVs, for example).

The emergence of alternative addressable technology ecosystems (like this one and the HbbTV-based efforts to deliver IP-into-broadcast dynamic ad insertion) changes the balance of power slightly between the Pay TV market and the free-to-air broadcaster world, just as the addressable market is about to take-off.

Even if connected smart TVs or HbbTV-enabled televisions and set-top boxes have limited penetration, they are independent of the Pay TV market. Nobody has a monopoly on the means to deliver broadcast addressable anymore. There is one big caveat, however: all solutions must obviously prove that they are totally reliable and can scale to massive levels.

Unless Channel 4 surprises everyone with an announcement before the spring, ITV will become the second UK public service broadcaster to deliver addressable broadcast channels. Channel 5 was first to market, working with Sky AdSmart. ITV is not naming any of its agency or brand partners for the 2018 tests yet.

As with other addressable solutions, the Sorenson Media software enables the existing advertising inside the broadcast stream to be replaced with more relevant ads based on demographics, lifestyle and interests. The process relies on the use of anonymised targeting data. The ads can also be enhanced with interactive content.

The Sorenson Media solution also provides measurement and analytics and ITV is working with its partner to refine the analytic products used by both companies. Consumers will have to give permission for targeting during a software update on their smart TV.

Kelly Williams, Managing Director at ITV Commercial, declares: “This partnership with Sorenson Media is the first step in allowing us to deliver to advertisers the best of both worlds – TV’s unique ability to deliver mass audiences alongside more data-driven targeting.”

This is, indeed, the great opportunity that awaits television. There is a strong belief, which must still be proven over time in the marketplace, that television can maintain all or nearly all of the media budget that is currently dedicated to ‘top of funnel’ mass awareness marketing while attracting some new budget by enabling lower-funnel activities (i.e. activating a preference for a brand, rather than just awareness of it, or driving someone directly to a point of sale).

Moreover, television, with its mass linear audiences, is currently the only audiovisual media that can provide such a one-stop shop. Who else could give you the entire X Factor audience and then a sub-set of consumers who are in the market for a sporty hatchback?

Major buyers want to be able to address the audience ‘niches’ that are found in all homes, not just some, which is why it is very unlikely (as it would be detrimental to both parties) that ITV and Sky do not sign an addressable deal at some point.

We reported recently how Finecast, the new GroupM company, has launched an initiative to provide a single access point for buying addressable inventory (across both digital and broadcast) that is seen on a television set, including smart TVs. ITV says it will be a commercial decision whether its newly available broadcast addressable inventory will be opened up to the Finecast ecosystem.

Brian Jentz, SVP of EMEA at Sorenson Media, says: “We are excited to partner with market leader ITV to help advertisers better reach their audience, while providing more relevant and meaningful ad experiences for viewers. Audiences will now be able to watch ads which are more personalised to them, and increasingly engaging.” 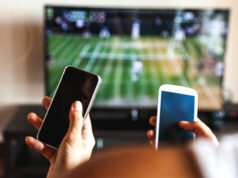 TikTok to command 37% of online video advertising revenues by 2027, according to Omdia 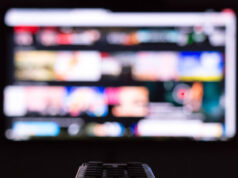