Home Opinions AR: the next big thing or just a gimmick?
Share on

Over recent months we have seen a number of jaw-dropping innovations for Augmented Reality video. There is no doubt that it has the potential to revolutionise the next generation of video in terms of what is possible. However, the question we need to ask is: What’s the point? Innovation is only valuable if it improves the customer experience in a valuable and engaging way.

Lessons from the past

Over the years, several new innovations have been touted as the next big thing. We saw it with 3D video, which looks amazing, but who really wants to watch the latest soap opera or even a full-length movie in 3D? The inconvenience of breakable, losable 3D glasses for a minimal gain in viewing pleasure didn’t capture consumer imagination (or spend) as much as the industry anticipated. Home-3D was short-lived.

Similarly, Virtual Reality (VR) looks stunning and that has some appeal, but it isn’t something people immediately want to watch everything in. For some use cases, it adds some real value. One of the best examples I’ve seen is live concerts for Deutsche Telekom where the consumer at home can virtually feel like they are there in person. For most video content, it doesn’t really bring anything sustainable or compelling enough to be worth getting a headset. And that is the crux of the problem. To get a good enough experience to be really valuable and engaging, you need a headset.

The other problem that causes is that TV is inherently a social experience. That is changing to some degree as consumers are consuming more content on mobile devices as well as on the main TV screen. However, a lot of video content is still viewed socially and hiding beneath a headset is not conducive to that social interaction.

Whilst smaller, lighter, cheaper, less invasive AR headsets are coming and will certainly add a wow factor, the real success of AR will come down to the fact you can use a second screen app to view AR. This means that barriers are low as nearly everyone already has a device they could use. It also means that AR has the potential to become a truly social experience. Imagine being in the cafe watching a game in AR on the tabletop rather than peering at a screen in the corner of the room.

To my mind, the biggest point when it comes to AR is that it is not only about the video. It is certainly feasible to create long-form video content in AR, and whilst that would have the initial wow factor for consumers, we believe that ultimately that will not be an interesting long-term use case. Badly implemented, AR will be seen as a gimmick and suffer the same barriers as VR and 3D.

Instead, the future success of AR will stem from augmenting main-screen video with additional metadata and video information, which can be displayed in AR either in a headset or through a second screen experience. If used well, the level of engagement and immersion can go way beyond anything we’ve seen before, and arguably will put the viewer even more in the center of a game than if they were there in person.

Even then, the technology is proven but the myriad of use cases is yet to be fully explored. It is important not to use AR just because you can. Before embarking on AR, carefully consider the value add for the consumer. That said, one use case which really lends itself to this approach has got to be sports.

AR works well for sports for two main reasons. Firstly, sports fans love data and are often looking to engage with their favourite sports and sports people over and above watching a sporting match. Secondly, the data is readily available and just needs a platform to make it easily available for the consumer. AR delivers that platform.

Within the sports environment, there are also a number of different use cases. One of the most interesting is those sports where the action is dispersed over a large area, such as with a motor race. It is, of course, impossible to view the entire action at once so being able to engage with an AR experience where you can choose what additional information or viewpoints you wish to see could be a real value add.

There is also a huge potential in arena-based sports. AR can get closer than ever before to replicating the experience of being in an arena. That could be great making sports more accessible, giving a much better experience for fans who cannot attend or perhaps fans who are not able to see or hear.

The Future of AR

AR has the potential to deliver a level of engagement that is virtually unprecedented and very exciting. I believe we will begin to see some interesting use cases emerging over the coming months. Once consumers see the full potential this will likely also increase demand for AR experiences. This may also lead to some demand for AR devices, but I think the majority of AR will be social and will happen on a mobile or tablet device. 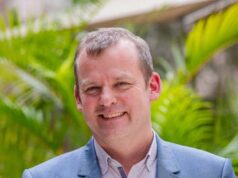 Tap into the power of contextual targeting on CTV 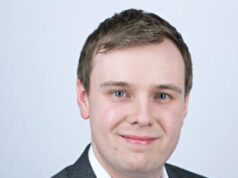 YouTube and CTV – the relationship all advertisers should love