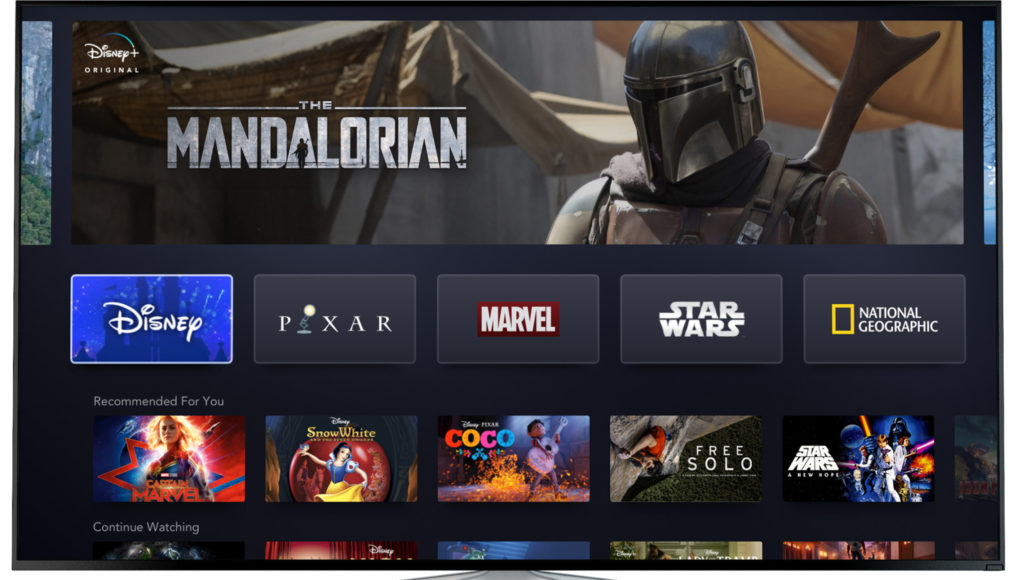 The Walt Disney Company gave a sneak peek of its Disney+ streaming service at its Investor Day in California yesterday, as it offered more detail about the forthcoming direct-to-consumer offering.

Disney+ is due to launch in the US on November 12, 2019 priced at US$6.99 per-month – a competitive rate that will undercut rivals like Netflix and Amazon Prime Video.

Following its home market debut, Disney+ will “rapidly expand globally” and Disney said it plans for the service to be in “nearly all major regions of the world within the next two years”.

In terms of content, the service will offer more than 7,500 TV episodes and 500 films and Disney has pledged to release more than 25 original series and 10 original films, documentaries and specials on Disney+ in its first year.

Viewers will be able to navigate to dedicated pages for Disney, Pixar, Marvel, Star Wars and National Geographic content and access popular Fox series like The Simpsons and Malcolm in the Middle.

Disney+ will be available on a range of mobile and connected devices, including games consoles, streaming media players and smart TVs. It will also support 4K and High Dynamic Range playback.

“Disney+ marks a bold step forward in an exciting new era for our company – one in which consumers will have a direct connection to the incredible array of creative content that is The Walt Disney Company’s hallmark,” said Disney Chairman and Chief Executive Officer, Robert Iger.

“We are confident that the combination of our unrivaled storytelling, beloved brands, iconic franchises, and cutting-edge technology will make Disney+ a standout in the marketplace, and deliver significant value for consumers and shareholders alike.”

Disney’s Chairman of Direct-to-Consumer and International, Kevin Mayer, added: “We’re extremely excited about our growing portfolio of direct-to-consumer offerings. As we demonstrated today, with Disney+ we will deliver extraordinary entertainment in innovative ways to audiences around the world.”

Approaching lift-off for addressable TV on national programmer inventory in the U.S.

Approaching lift-off for addressable TV on national programmer inventory in the...