Home Newswire Hulu Japan is latest media owner to use ‘split-and-stitch’ parallel encoding to...
Share on

Hulu in Japan, operated by HJ Holdings, Inc., is well-established as a video service provider. When Netlfix launched in 2015, Hulu already had 1 million in-country subscribers. Its current library features more than 50,000 titles, including movies, TV shows, documentaries and anime.

For Bitmovin, three-pass involves an initial scan, the distribution of video chunks to compute resources for a more detailed analysis, and finally, the actual encoding and reassembly. Per-title encoding optimises the resolution and bit-rate ladder of each piece of content. Bitmovin said the two techniques enable an online video service provider such as Hulu to handle multiple codecs, a growing industry challenge.

Key to Bitmovin’s ability to deliver results amidst complexity is its implementation of “split-and-stitch” encoding. “In essence, this technology takes the source asset or stream, works out how best to split it up, so sections of the source file can be encoded in parallel, and then stitches everything back together again for use downstream,” said Michael Armstrong, Bitmovin VP Sales, EMEA. “Bitmovin has spent years optimising this technique and can enable significantly faster encode times without sacrificing video quality.”

In cloud-oriented news, Bitmovin also announced the integration of its encoding technologies and player on Microsoft Azure. This means that Azure customers have access to Bitmovin’s encoding solutions, as well as its player. Modular and in use with all major browsers, the Bitmovin player boasts a small file size, fast loading times and 1-2 second buffering. “In a CMAF workflow, you can set target latencies … enabling consistency,” said Armstrong.

At IBC last month, Bitmovin also highlighted its analytics capabilities. One example is a video bitrate heatmap that depicts which encoding representations end customers are actually using. “This is valuable,” said Armstrong, “as it allows the operator to see that what they’re encoding for ABR distribution actually makes sense and that they’re not wasting storage, or distribution costs, on a particular resolution and bitrate combination that very few people are actually using.”

Bitmovin’s bent towards analysis extends to the industry at large. Its third annual Video Developer Report, drawn from the views of 542 video professionals working in 108 countries, provides a snapshot of global technology adoption plans. “The findings show a shift toward new breed technologies such as AV1 and artificial intelligence (AI),” said Bitmovin CEO Stefan Lederer in a statement. “We’re also seeing the industry continue to face huge issues with latency and ensuring playback on all devices.” 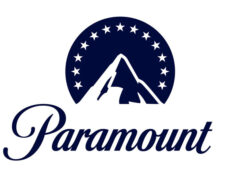 Paramount+ launches in the UK & Ireland with Sky partnership

Why Sky launched Sky Glass, and what happens to non-TV customers