Videonet has published detailed accounts about each of the big takeaways from Future TV Advertising Global 2019, and you can see links to those stories at the bottom. Here is a summary of our analysis.

No.1: Television is back on the offensive

When it comes to competing for advertising budgets in an increasingly data-driven world, television has been on the back-foot for more than five years. Some people think the ad-supported version of this medium is dying. But it looks like we have already passed peak disruption in markets where media owners are transforming their ad capabilities with better audience segmentation, targeting, attribution and even measurement. This was the first Future TV Advertising event when the determination to win back budget that has shifted to digital was expressed so forcefully and so often, and it feels like the television advertising ‘recovery’ has moved to the next level. The television industry has switched from defence to attack. We need to recognise this moment.

Nobody is arguing with the conclusions reached by Les Binet (who spoke at the event) and Peter Field in their now-famous effectiveness studies (harnessing the vast resources of the IPA Databank) that you need to spend 60% of budget on brand advertising and 40% on activation to optimise campaign effectiveness (all sector average). Not one person at this event challenged their work – not on the panels, not from the audience. Binet & Field, and others who have supported their findings, have won the argument. There will be a rebalancing of budget which will lead towards more brand spending. The only question is how it will be done – that was the debate at this London conference.

No.3: Addressable TV is coming fast, complementing rather than replacing ‘national’ ads

It was generally accepted that we can expect an addressable TV stampede as more platform owners and broadcasters adopt the technology, and addressable household reach is expanded. But despite the growing interest in addressable, nobody says it will replace mass-market advertising, as some commentators used to. Addressable is viewed as a complement to ‘national’ (i.e. reaches all) advertising. The most important use-case today is to deliver cost-effective incremental reach, including into light television viewers. The main obstacles preventing an addressable TV stampede are cost, complexity and inertia. There is a groundswell of opinion that we need to start standardising on audience segments across markets.

No.4: Unification of broadcast and digital is everything

This will surprise nobody, but the message was often repeated at The Future of TV Advertising Global because it is just so important: the television industry must demonstrate de-duplicated reach and frequency across broadcast TV and digital, and we have to make it easier to plan, buy and report audiences as a whole, spread across every ‘format’, which means digital (including, importantly, connected TV), broadcast and addressable (addressable is now frequently talked about in its own right, despite spanning both TV and digital).

The siloes have to be broken down and it is also clear that on the sell-side, media owners are going to take what practical steps they can, individually, to enable holistic audience planning and buying even while they support wider industry initiatives towards cross-media standardisation. Small and medium steps are being welcomed, given the difficulty with taking giant strides.

No.5: TV is an activation medium, which makes it a uniquely full-funnel offering

We are going to hear a lot about ‘full-funnel’ media in the next 24 months, and it is the TV industry that will be shouting loudest. There are a few reasons for this: Budget spend will be rebalanced towards more brand building by companies who have neglected this task; Television has successfully argued that it is the undisputed champion of long-term, brand-built, value-add; Television already helps to drive activation, but the digital advertising giants have taken the credit for much of it.

Other reasons are: Television is getting better at the direct attribution of outcomes to advertising exposure that allows it to prove its role in activation; The attribution data is becoming available faster, in time to help optimise live campaigns; The technology that enables that improved attribution is going mainstream fast; The tech vendors who are making short-term attribution easier have a realistic, TV-friendly approach to life, so can fit straight into the existing ecosystem.

No.6: The real magic is data-driven, audience-based buying

This event provided a timely reminder that addressable TV is not the only use of audience-based buying. Another key use-case, which is better known in North America than in Europe, is optimised linear buying. In simple terms, you define the audience target against need-state, interests and lifestyle, etc. and you find which homes these people are living in – as with addressable TV. But rather than seek them out on a one-to-one basis using addressable TV (and so exclude homes that are outside your audience segment), you use set-top box data to figure out what channels and shows this audience segment is watching on linear TV, and what times of day they are watching, and then buy standard (national, i.e. reaching everyone) broadcast linear TV where you can find most of this audience at the best prices.

No.7: Agencies do have a future

Every year on the eve of Future TV Advertising Global, an invitation-only Pathfinders gathering addresses some of the hottest topics in advertising. This year it focused on the future of agencies, and it will come as no surprise that leaders at those companies are convinced they have a bright outlook, despite the attentions of brand procurement officers on the one hand and media services consulting firms like Accenture on the other.

Find out what people said on these subjects

Each of these stories provides more detail on the themes outlined above….

Television is back on the offensive

It’s not a question of if you follow the 60:40 rule, just how you implement it

Addressable TV is coming fast, as a complement to ‘national’ ads, not as a replacement

Unification of broadcast and digital is everything 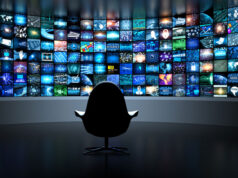 The SVOD that wants to be No.4 in every market by curating ‘the best of the rest’ 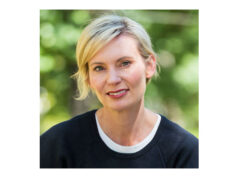 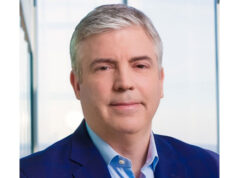 The pandemic has made addressable TV advertising even more important